Results from the 2022 Developer Survey are now available

Workflow - Editing content outside of an active Workflow Bundle

I've a question on what the expected behavior would be this scenario:

Scenario: Content updated in WFBundle and then updated outside of WFBundle.

Component is edited (outside of active workflow bundle)

UPDATE My assumption comes from several blog postings and the documentation that indicate the minimum approval status is adhered to irrespective of the item being in workflow or not.

Also, regarding the update of the approval status to undefined - I've seen there is a hotfix 88203 that may be related to this - but it's stated this is part of the HR1 Roll-up which should have been applied.

UPDATE 2 We have the noted version of the DLL per the response from Chris (below) and quoted in the documentation - however, that version of the DLL didn't have this hook in it. We've checked the version in the GAC and this does have the hook! We're checking the upgrade steps to see if this is an error on our part or something wrong in the upgrade - if you've any info on this, please share here?

The property SaveEventArgs.ApprovalStatusResetOverrideis introduced indeed as part of HR1, however you'll need to grab the dll from the GAC as the one in the /bin/client folder is not updated by the HR1 installer. The details in the documentation describe the reasons.

So if you have HR1 installed you are going to notice that if you go to your TRIDION_HOME\bin\client folder, the Tridion.ContentManager.dll still has version 7.1.0.1290. 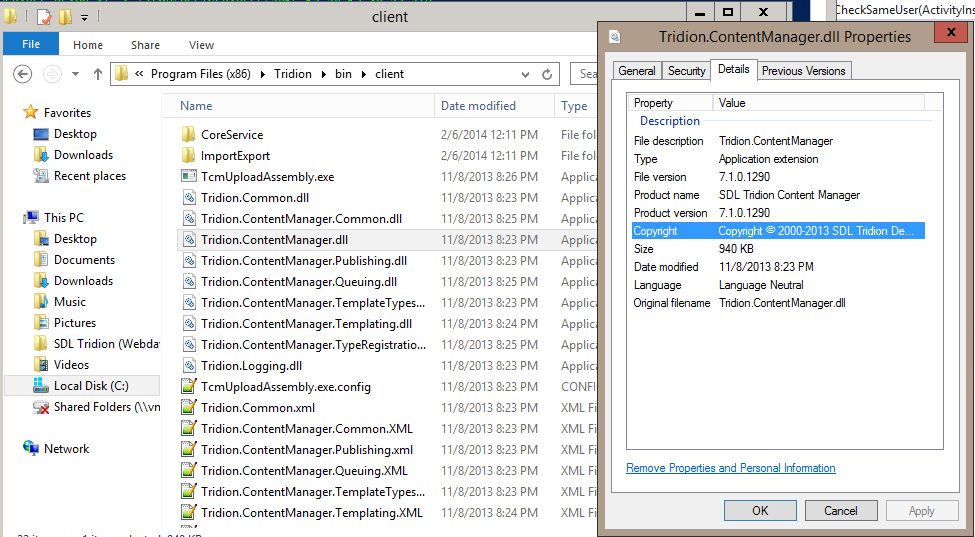 However if you go to the GAC and check the dll this is what you find is the latest dll with the SaveEventArgs.ApprovalStatusResetOverrideproperty available because the dll as described in the docs is version 7.1.0.1327: 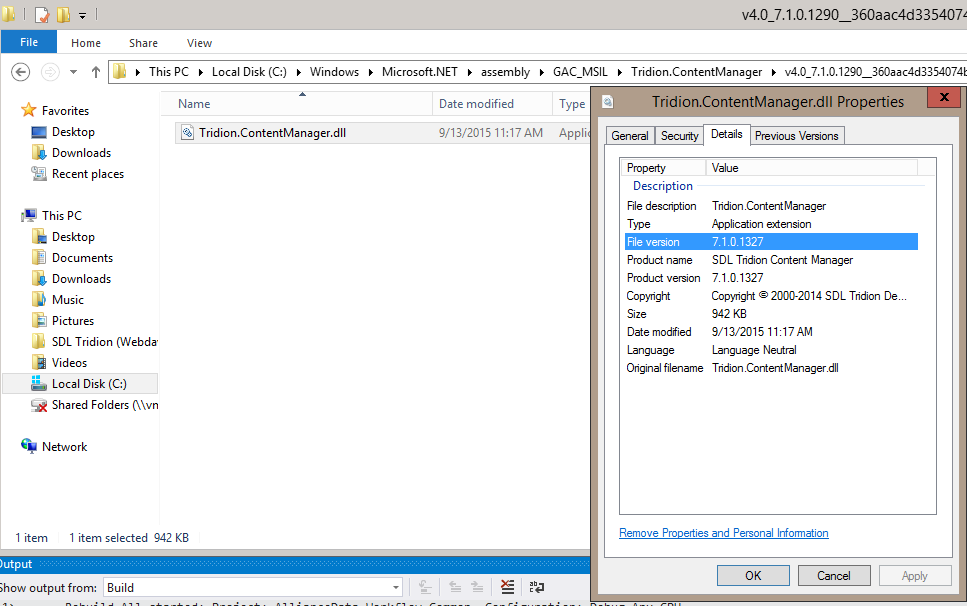 So the latter is the one needed in order to implement the event system to overwrite the "Undefined" status to "Unapproved".

Here is a code example on how to accomplish that for items which have been in workflow at some point:

Components saved outside of workflow are set to approval status 'undefined', as you say.

Undefined is considered as NULL in Approval Status terms, and does not restrict publishing at all.

You must have an approval status that is above 'undefined', but below "live" to restrict the publishing to the live target.

You'll need to set the approval status back, via events system, to control publishing outside of Workflow

This default can be changed back to Unapproved through an Event System extension: the SaveEventArgs.ApprovalStatusResetOverride property was introduced for this purpose.

Not the answer you're looking for? Browse other questions tagged workflow 2013-sp1-hr1 or ask your own question.