Results from the 2022 Developer Survey are now available

On Chrome 49, still cannot save components in Tridion 2013 after applying Hotfix 1673

Even after applying hotfix 1673 to Tridion 2013 SP1 (replacing Tree.js and incrementing the "modification" value in System.config), users on Chrome 49.0.2623.87 (64-bit) cannot save components. Users clearing their browser cache does not seem to make a difference. The users who have reported the issue so far were using Macs.

The error message in the console is different than what was reported in a similar question prior to the hotfix: 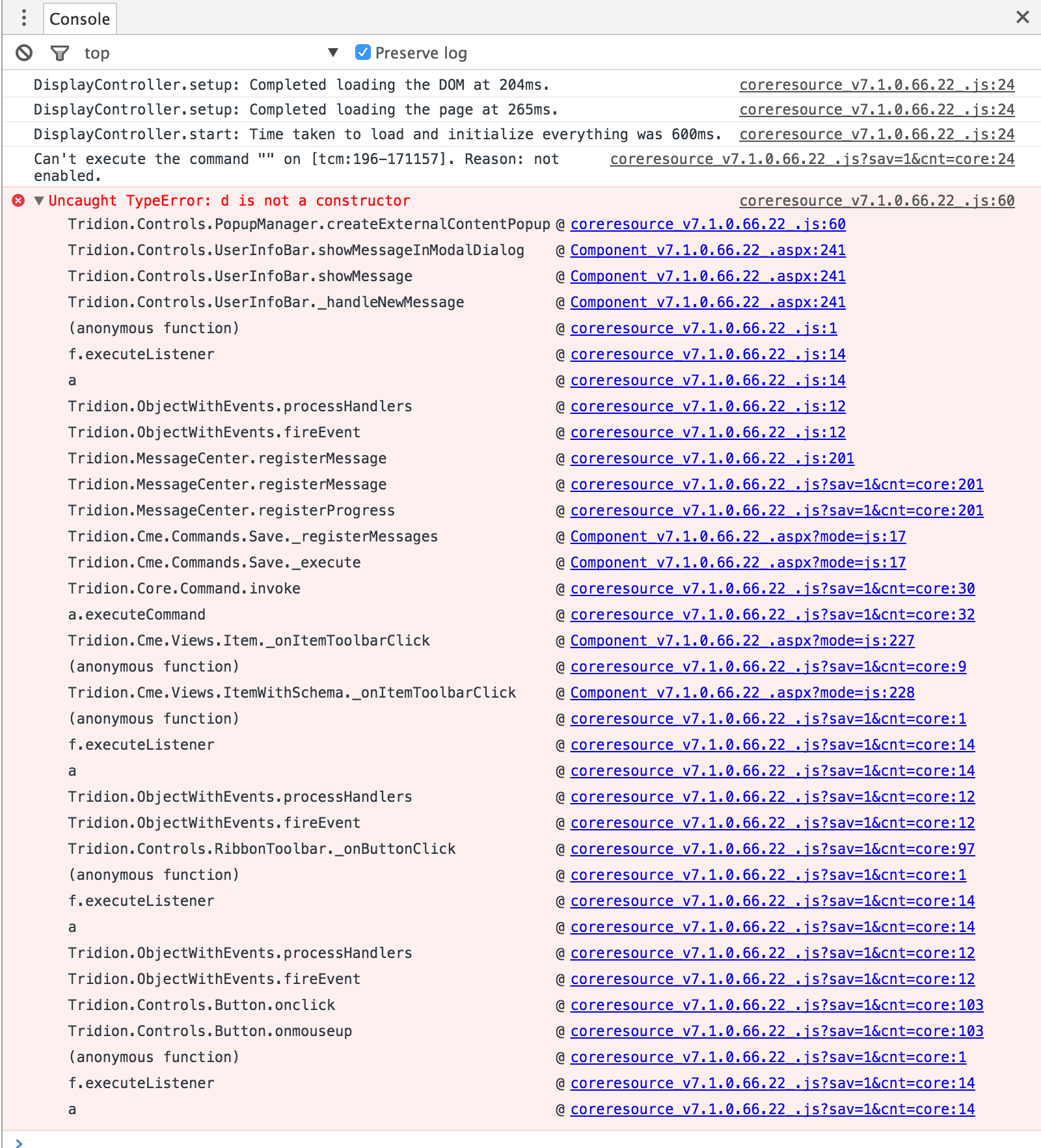 Does the hotfix not address this particular version of Chrome? Or is there another step I should be taking to ensure the hotfix is applied?

@Mark - There were two versions of the hotfix released, the first version only tree.js file was included and in next version (with the same hotfix number) it included two files: tree.js and FormatArea.js.

So make sure that you have applied the later version of the hotfix containing two files and also version number is incremented in system.config.

Not the answer you're looking for? Browse other questions tagged 2013-sp1 cme chrome or ask your own question.