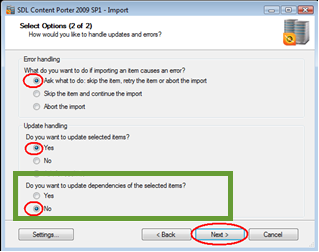 The latest version has the “Which dependent content would you like to include in the import?” screen, but this seems to be whether or not to include those items in the import package, rather than whether to update them if they already exist. 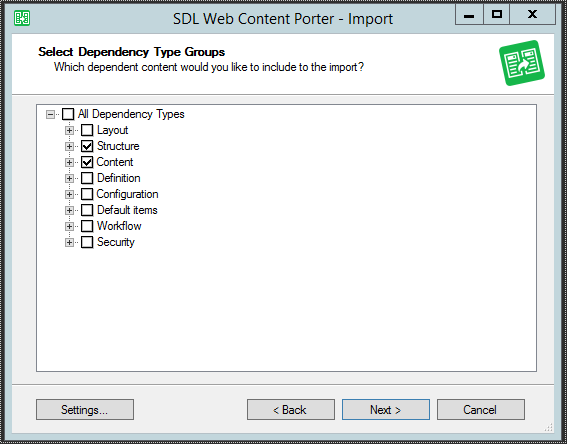 I want to do an import and create new dependent items (mainly components) if they don’t already exist. However, I definitely don’t want to update anything that already exists in the destination CM.

Is this possible (without cherry-picking through hundreds of components to select them individually if they don’t already exist)?

I eventually found the answer to this in the Configuring this import page of the Content Porter online documentation:

Note: When importing into SDL Tridion 2013 SP1 Content Manager or later, this option is not available, because dependencies cannot be updated, only created.

So it appears that I don't need to worry about it, as none of the existing content will be updated (unless it is explicitly checked in the item selection screen).

Not the answer you're looking for? Browse other questions tagged content-porter-2013 web8.5 content-porter or ask your own question.