I am trying to unpublish Dynamic Component Templates but it's failing on comitting deployment state (last state in Publishing Queue), and saying Connection Refused.

I can unpublish everything except Component Templates. Is there are any configuration which we are missing ? 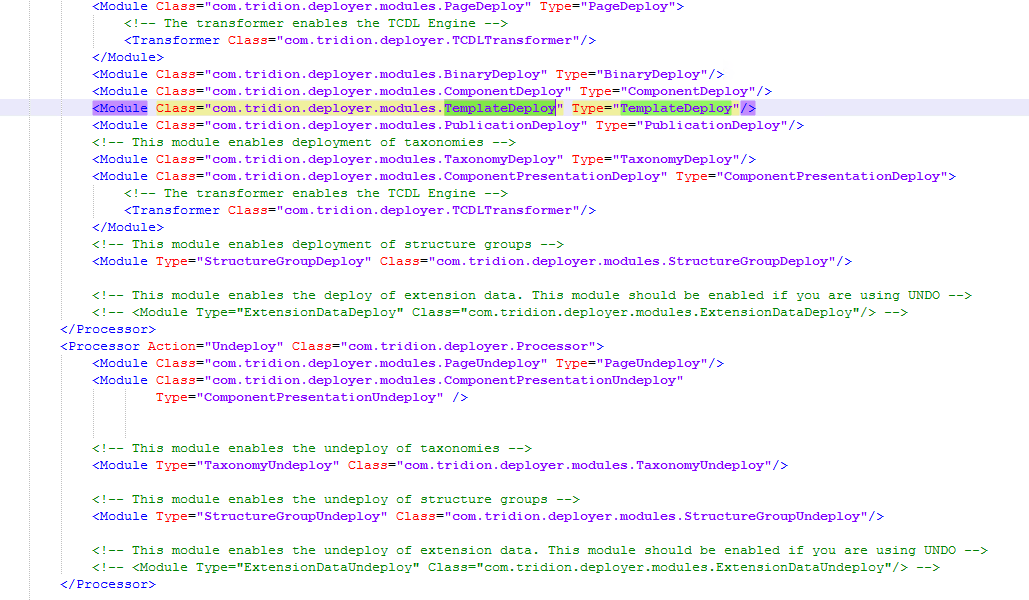 I can see in CD_Deployer.config that we configure what Modules to deploy and Undploy . I can see TemplateDeploy but can't see any TemplateUndeploy module configured in processors.

I had a similar issue with one of my deployers. It was working fine and all of a sudden it left the publishing transactions in "Deploying" state. The deployer was deploying properly (checked the broker and things were correctly published) and leaving the instruction for the transport service to update the state of the transaction. However, the transport service won't pickup such instruction file hence the publishing transaction remained as "Deploying".

What I did to troubleshoot the issue was:

In my case, I found some logs complaining about a key marked for deletion trying to be updated (some DB problem). I triple-checked everything and all was properly setup.

After trying the common problem solvers, such as restarting the transport service (and the Publisher) as well as the deployers, the transactions still remained as "Deploying". At that point, my last resort was to restart the CMS server, as for some reason, the transport service was stuck and unable to get the status updates from the deployer and restarting the service itself wasn't enough.

I know this answer doesn't explain the reason for the issue, but there are things in a windows server that sometimes can't be explained :).

I hope this helps and as any Help Desk / Support guy would say, restart the server and call me back if the error persist.

Not the answer you're looking for? Browse other questions tagged discovery unpublishing or ask your own question.