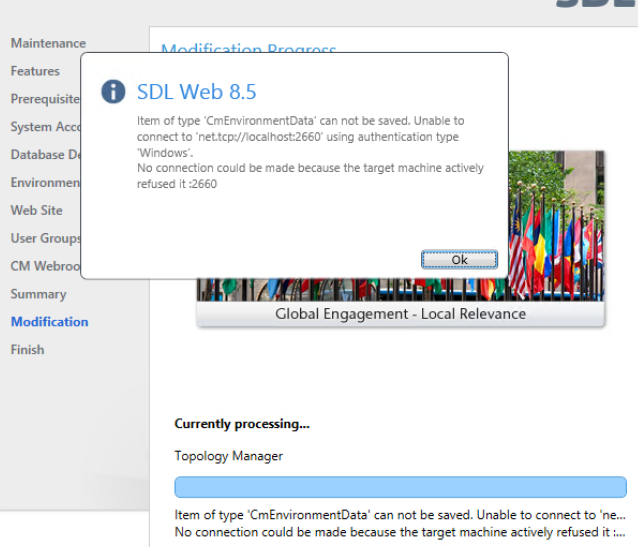 Which seems straight forward enough. We feel confident that we can debug this connection issue, however because of the error at this step we think we're in a bit of a corrupted install state (Topology Manager only; everything else is fine).

Topology Manager still shows up in the list of installed features, but the IIS site and PowerShell modules are not available. Just wondering if anyone's run into this, and if so - how'd you solve it? 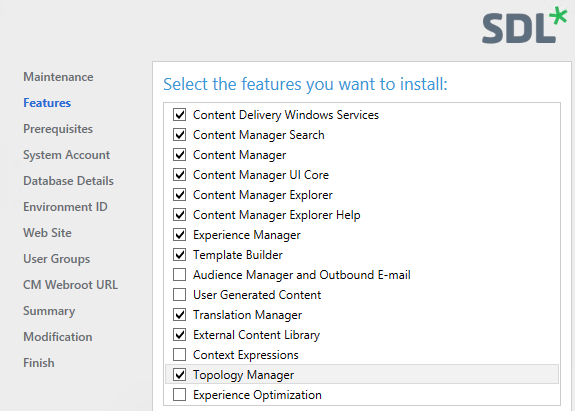 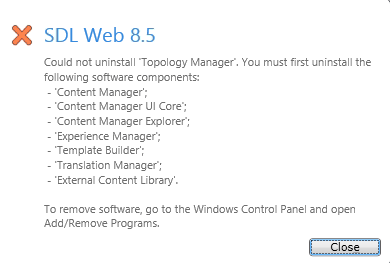 Thanks in advance for any words of wisdom!

Try this following steps to fix this.

I hope this helps.

Not the answer you're looking for? Browse other questions tagged web8.5 upgrade topology-manager or ask your own question.

3
Oracle client requirements for SDL Tridion 2013 SP1
3
Why Does Publishing Gets Stuck On “Deploying” When Legacy Pack Is Installed?
9
How to configure linking in Web 8?
3
Publishing with TopologyManager, can I use a separate CmEnvironmentId?
1
Web 8.5 Topology Manager Installation Error
4
Topology manager not installed: Authorization denied
3
Unable to Install CME and TTM on port 80
1
Moving Topology Manager from Staging to Production
0
DXA Example Site, all links result in "No matching Localization found for URL
8
Topology Manager scripts seem very slow