Cannot Close Window Popup Error During Save and Close

My question is related to this question: Intermittently getting 'Cannot close window' on Chrome version 53 but happens in Web 8.5.

We are using Chrome version 73.0.3683.86. We have been getting the cannot close window popup error when we are trying to save and close a component. This happens all the time. 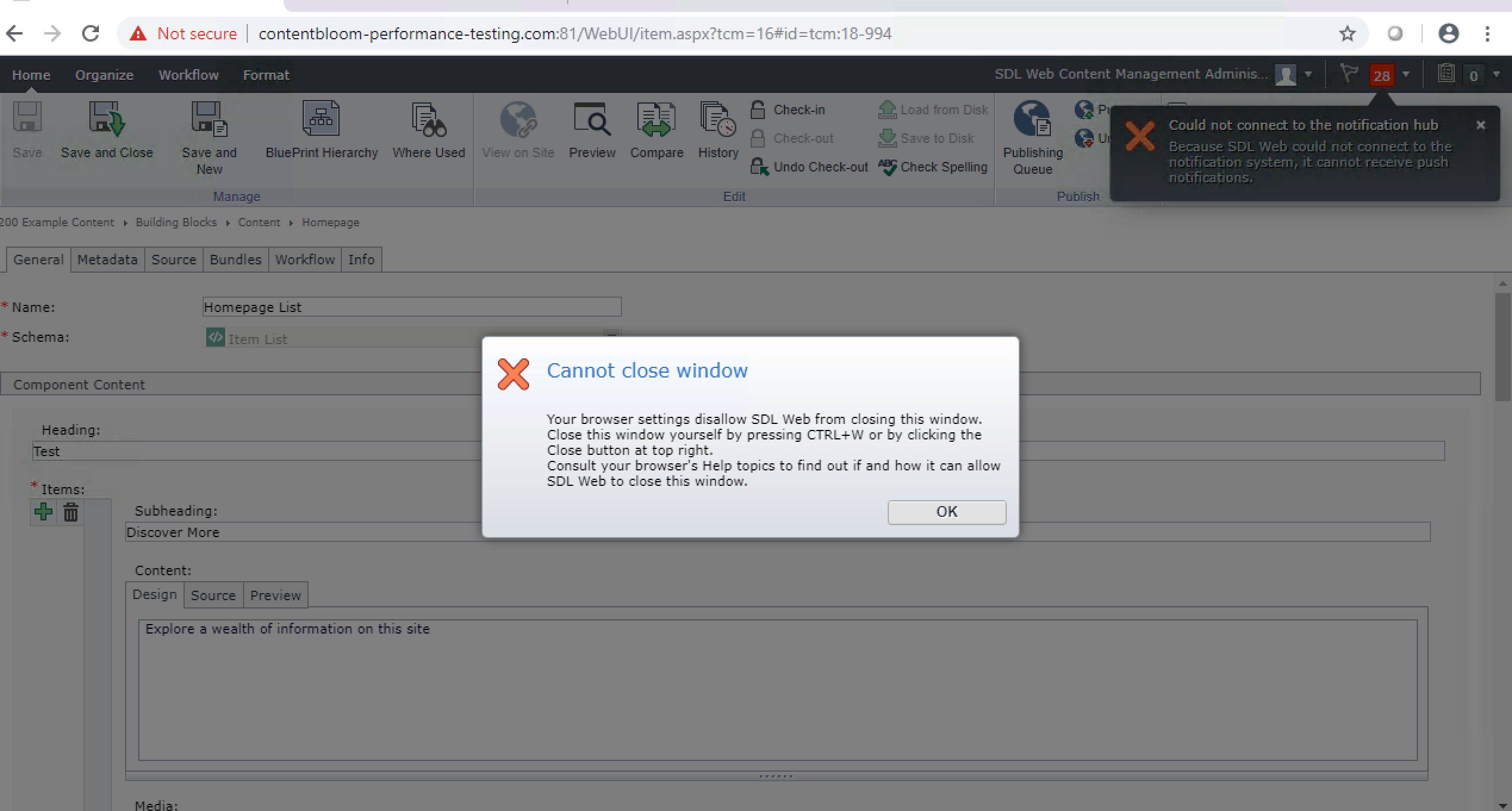 This can happen if you manually copy the url of an edit window of a Component, or any other item for that matter, (the full url including the CME address, query string) and do a Save and Close. Since you opened the tab manually, Tridion is unable to close it for you.

This is normal behavior BTW. So no, there is no hotfix.

@Sab you suggest it's intermittent but perhaps it's a pattern you haven't yet identified.

As Atila indicates, it's standard browser security to not let a script close a window that a user opened. See https://developer.mozilla.org/en-US/docs/Web/API/Window/close for more details.

Could the 'intermittent' aspect be the difference between a browser instance being opened as a user 'v' as a script perhaps?

There was a 'hack' you could use sometime ago - but even if it works now - it would be considered working around a security bug and would be fixed sooner or later anyway - but just in case (at least for testing):

Not the answer you're looking for? Browse other questions tagged web8.5 chrome or ask your own question.